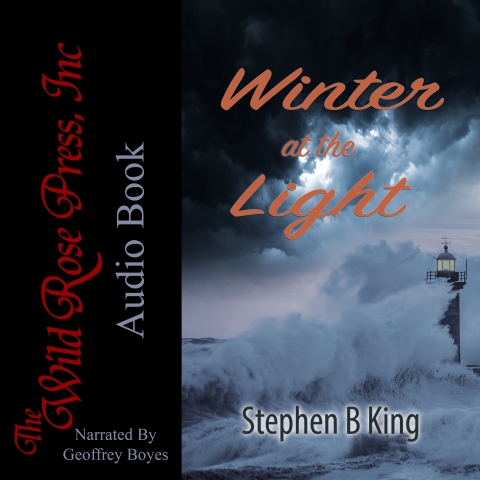 A man with amnesia washes up on the shores of a lighthouse, and the temporary keeper puts her life and her father's job in jeopardy when she hides him on the island in the exciting thriller, Winter at the Light by Stephen B. King. During a storm, while checking on his boat moorings, lighthouse keeper Dr. Malcolm McLaren breaks his leg. Unable to attend to his duties, his daughter Molly temporarily substitutes for him. One dark and stormy day, she observes an inflatable boat getting bashed around by the violent waves off the island reef. When it makes it through the channel and onto the rocky beach, Molly is horrified to see a person is on board. Ignoring the two rigid rules in which no unauthorized person is allowed on the island, and no one is allowed to step out of the lighthouse during a storm, Molly heads out into the squall. Who is this man? Does his presence spell danger for Molly?

Set on a lonely and isolated island, Winter at the Light by Stephen B. King is a thrilling suspense novel. It is an excellent story containing engaging characters, an intriguing plot, and a captivating storyline. Of all the characters, Molly is my favorite. With natural human qualities, her persona is superbly developed. Despite her fear and naiveté, Molly's will to survive and her inherent strength and courage add an admirable and authentic facet to her character. It is a captivating novel that is sure to satisfy those who love a great suspense story infused with intrigue and an element of danger. I recommend it to everyone who loves a good story with a strong female protagonist.