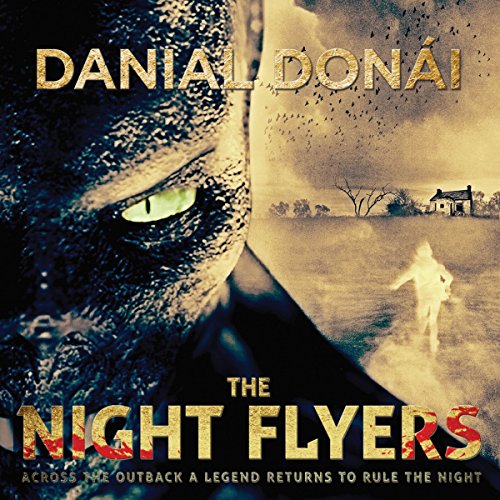 Based on the feature film The Night Flyers. This film and novel were inspired by actual events.   The ride of their lives has taken a turn for the worst.   “This is a story of a desolate land that time had forgotten, a land of myths and legends and a land of hidden subterranean caves, containing secrets of the past. So draconian and vast was this barren landscape that nothing really grew and everything seemed stunted and lost.”  Four friends and aspiring filmmakers (Randy, Chris, Jack, and Bianca) are funded for a surfing shoot by Regent and Boris, two devious Hollywood producers now residing in Australia. The producers have sent the young crew down to film at the Great Australian Bite with a conniving motive in mind.  On the crew's journey through South Australian desert, their vehicle is immobilized. While seeking shelter in an old, abandoned church, they are stalked and hunted by an unthinkable killer. One night of unspeakable terror has left one dead and the three other three crew members running for their lives.  What started out as an exciting trip for another surfing documentary shoot has turned into one night of unimaginable terror and a fight to survive.