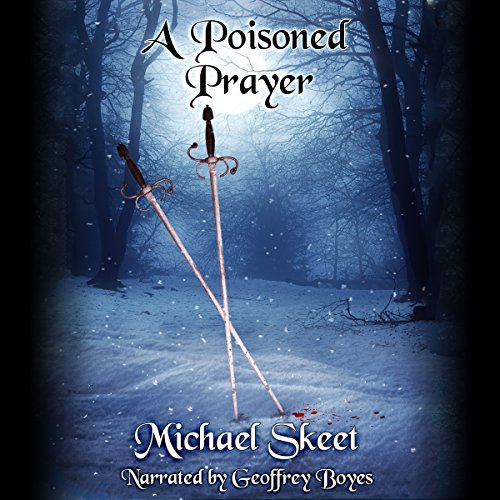 En garde! Paris, in the 1680s. Dashing swordsmen compete for the favours of licentious women, and magic--God's Blessing--is strong enough that prayers really are answered.   Into the City of Light comes Lise de Trouvaille, a young noblewoman of modest means and no apparent Blessing, searching for an advantageous marriage. But the first eligible man she meets--during a werewolf attack, no less--is exactly the wrong person. Rafael, duc de Bellevasse, is at once too good for her and too bad (he is both the scion of one of the great families of France and a scoundrel presumed to be in league with the Devil, paying huge sums for death-magic spells).   Knowing they are wrong for each other, Lise and Rafael find themselves drawn into plots and conspiracies combining a peasant uprising with the glittering aristocracy surrounding the imperial court. Each has a reason for wanting to solve a series of murders. And each has more than one reason for wanting to avoid the attentions of Nicolas de La Reynie, lieutenant-general of the Paris police and a man who knows, more than most, that something is going badly wrong in Paris.